There are plenty of contrasting theories on the topic of design composition. You’ve likely heard people touting the importance of embracing white space and creating harmony though size variation, yet you’ve probably only ever heard one such theory referred to as a rule: the rule of thirds.

Despite the imposing name, the rule of thirds isn’t so much a rule graphic designers and illustrators have to—or, even, should—follow with any certainty; there are infinite reasons to break it. However, it is somewhat of a rule where our brains are concerned, as we’re naturally programmed to perceive more interest and attraction from appropriately oriented designs.

The history of the rule of thirds began long ago in 1783 when a painter by the name of Sir Joshua Reynolds described his thoughts on the “grand style” of the imperfect. Essentially, Sir Reynolds believed that paintings were uninteresting when perfectly centered. Their equal portions gave everything equal importance and therefore gave the eyes no hierarchy of focus or suggestion of movement. He called the result an “awkward suspension” of the subject. However, if he divided the same design into thirds as opposed to halves, he found, the resulting contrast led the eyes of viewers more easily from one distinct area of his paintings to another. This is the reason you’ll often find horizon lines on the lower third of a canvas as opposed to the direct center; the result is generally more visually pleasing and comes across as more dynamic. Taking the rule of thirds further, the same idea applies to vertical composition as well as horizontal. Typically, this is expressed in the form of a nine-section grid within which intersecting lines mark areas of particular attraction.

Look closer at the same planetary sunrise graphic, and you’ll find the sun aligns perfectly with both horizontal and vertical thirds; this is no coincidence. In fact, whether you’re looking at your favorite paintings or stock images involving any subject from commercial jets to corporate puzzles and bicycles at sunset, you’ll find many design elements intersect with these “power points” that come together to make the rule of thirds. 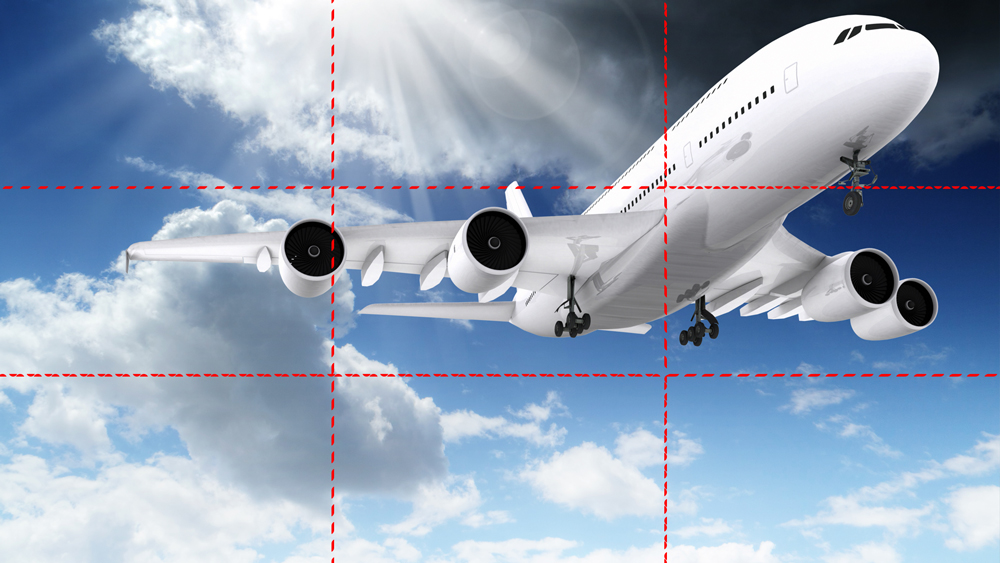 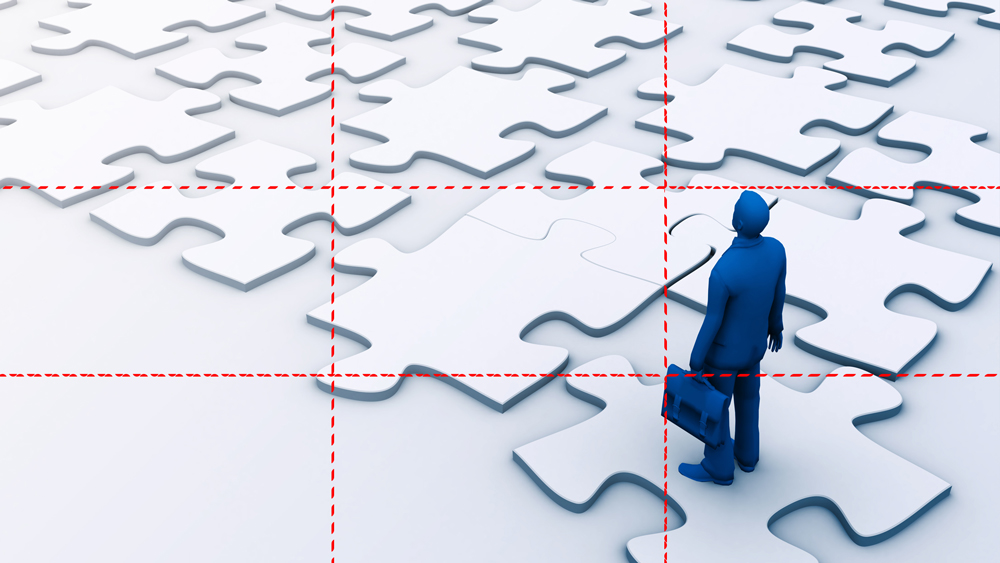 None of this means symmetry isn’t beautiful, but it is more effective in some places than others—and best when used intentionally, and not as a go-to design theme.