Last month we had an incredible set of winning images for our Design Challenge, and we think the artists behind them are pretty awesome, too. This month we thought we’d get to know the winners a little better—and highlight the wide variety of careers in graphic design—with Storyblocks designer profiles. 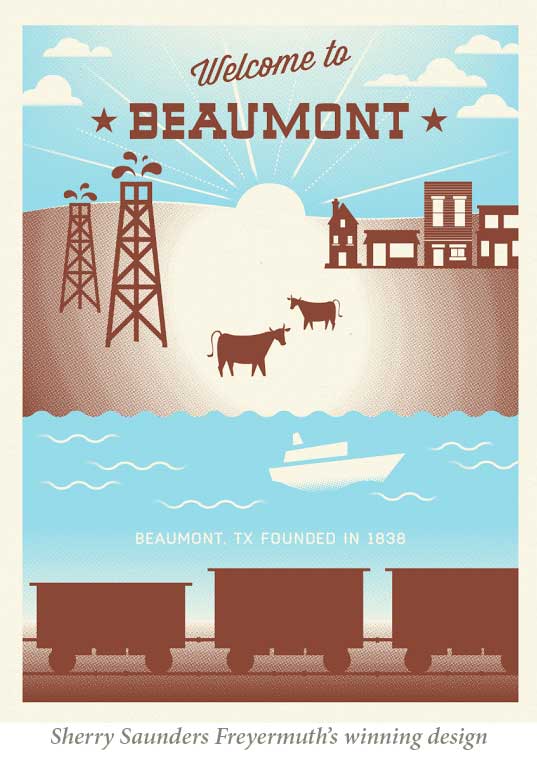 Coming in first place, Sherry Saunders Freyermuth is an Assistant Professor of Graphic Design at Lamar University in Beaumont, Texas. She’s been a graphic designer for ten years now, but that wasn’t always her plan. While earning her undergraduate degree at Emmanuel College, Sherry thought that she would major in marketing and minor in graphic design. After just one design course, though, she turned that plan on its head and put her emphasis on design. She went on to earn her MFA from Savannah College of Art and Design and later worked for Discovery Creative and as an in-house designer for the City of Boston.

One of Sherry’s favorite projects of her career came from her time in Boston. She and her team created a “holiday village” design scheme for the Downtown Crossing area. “I got to design the identity for this month-long event,” she recounts. “The materials were on street banners and the stage was created to match all of the graphic designs.”

Sherry currently teaches the next generation of graphic designers at Lamar University, where she also designs promotional materials for university events and classes. One such project involved the t-shirts below, which incorporate icons and textures from Storyblocks to promote the school’s pre-college summer art program.

In terms of resources that have been most helpful in her career, Sherry notes that AIGA, the professional association for design, has been instrumental in her development as a designer. “AIGA has been a pivotal organization during my education and professional career,” says Sherry, adding that her local Houston chapter has had some amazing programs. She’s also attended AIGA’s national conference, describing it as informative, inspirational, and educational.

In addition to AIGA, Sherry provided several other key resources that she would recommend for designers, including Skillshare, lynda.com, and Print Mag.

As for her favorite design trend, Sherry says she has become interested in hand lettering lately: “It’s very challenging, but it’s rewarding.”

To learn more about Sherry or to see more of her work, visit SherrySaunders.com.