Brian Chalfin would probably agree that necessity is the mother of invention—or, at least, of graphic design side projects. Back in 2012, he was shopping for a friend and had some difficulty finding just the right art print (e.g., no one sold art prints of dogs used to illustrate Home Alone quotes).

As a one-time solution, the Penn State film and video alum decided to make his own print using Adobe Photoshop, but ended up surprising himself in the process:

“The result was better than I had anticipated. I realized I didn’t have to choose from what was in front of me, I could create and design what I wanted—which turned out to be something I loved to do. Once I saw the interest in the prints, it seemed like opening a shop was the next logical step.”

In response to this interest, as well as his own interest in finding more day-to-day creativity, Chalfin launched his Etsy shop 518 Shipp in January of 2013. The shop’s specialty: art prints featuring obscure film and television quotes (and, quite often, artwork from our library). 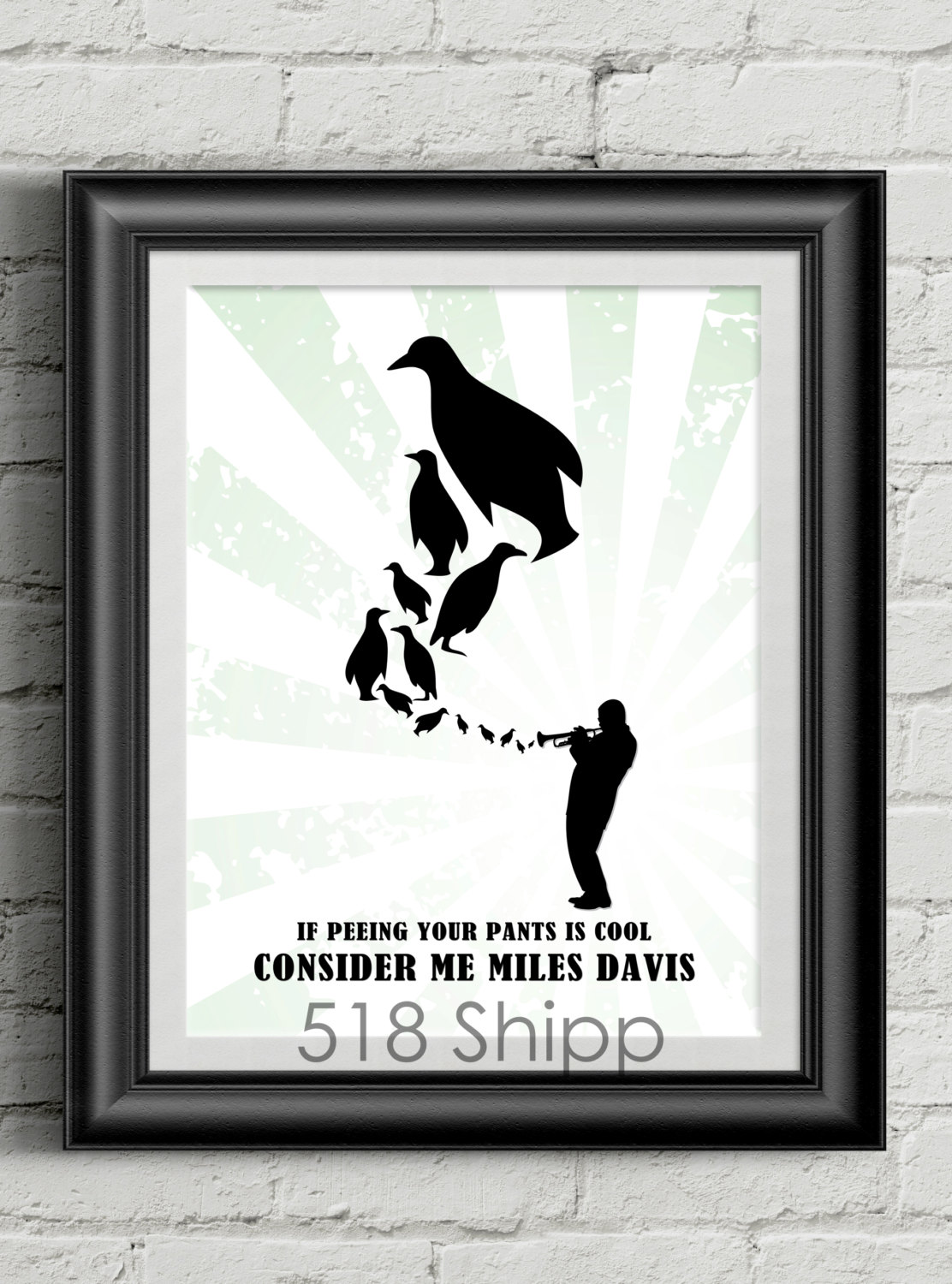 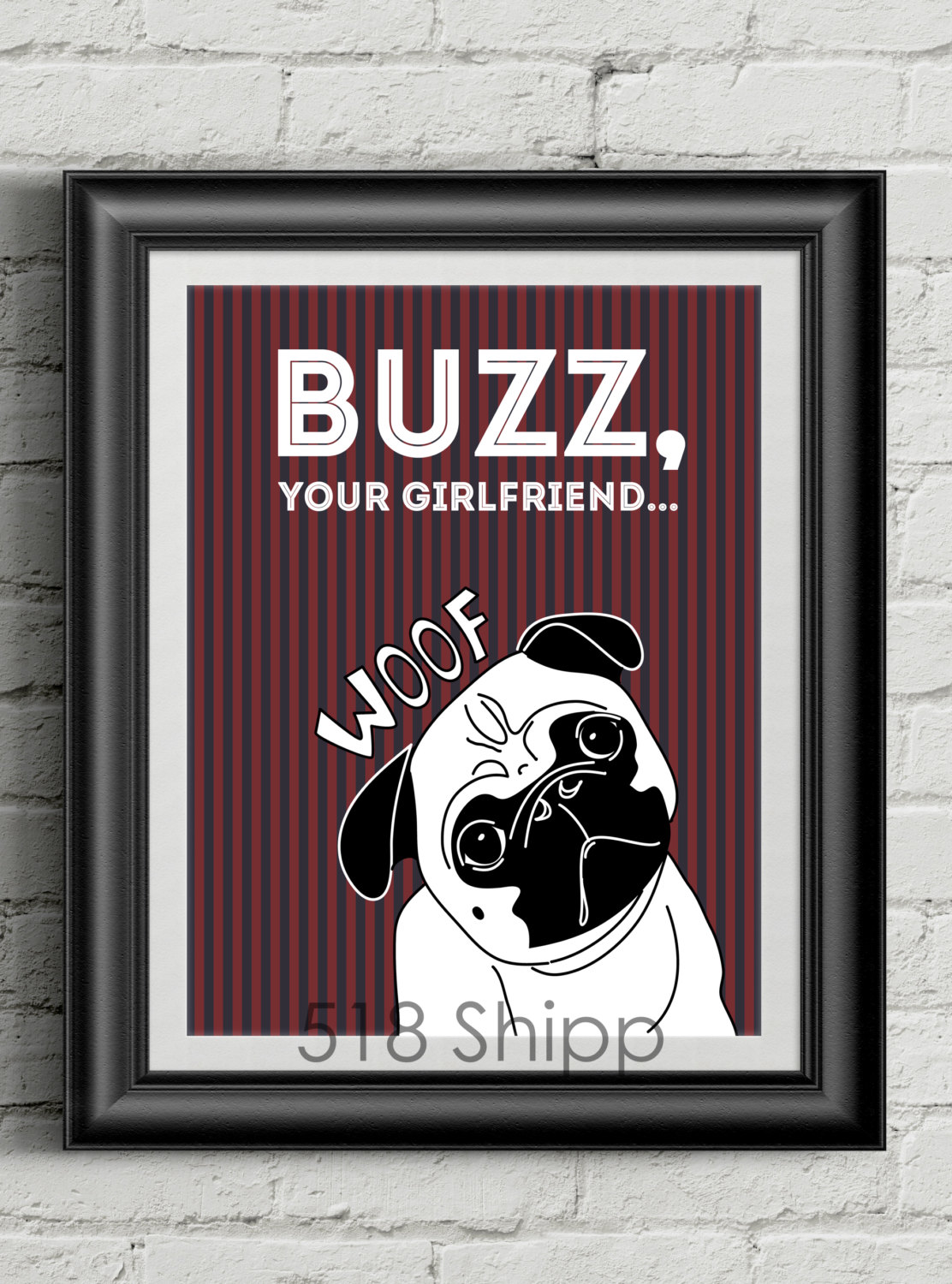 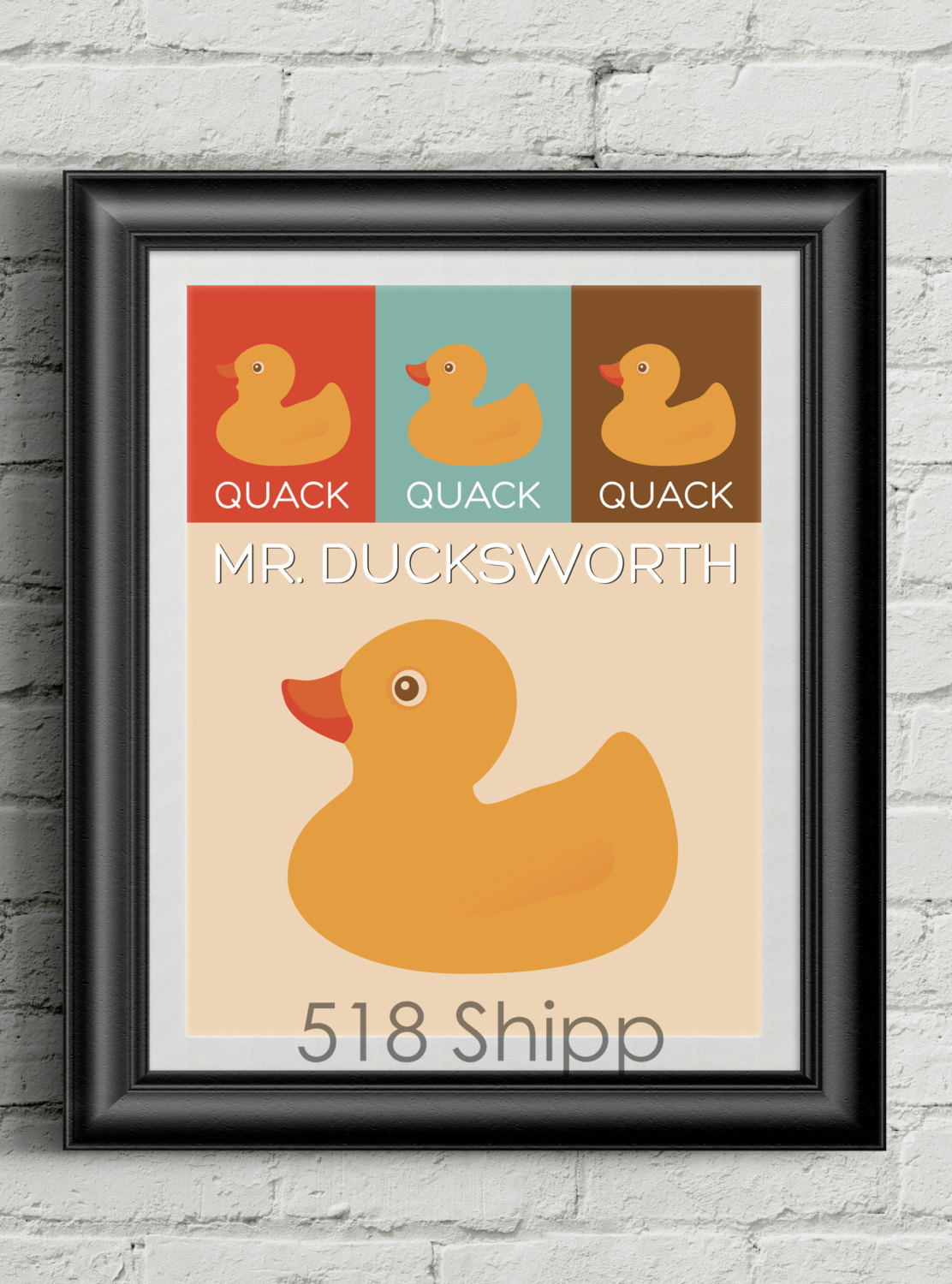 Why obscure movie quotes? Chalfin wanted to follow his passion for film while also venturing into new territory. Design a poster featuring a popular Star Wars quote, he found, and it’s easy to get lost among scores of artists doing the same—but design a print inspired by Billy Madison, Home Alone, or The Mighty Ducks, and you become a bigger fish in a much smaller pond:

“The somewhat obscure movie quotes tend to do well for two reasons. The first is that if you love it, chances are others do too, even if it doesn’t seem like it’d be popular. The second is that there are an infinite amount of products for the popular quotes already, and unless it is clever and original it won’t be easily found. There will be less listings for more obscure quotes showing up at the top of results for searches.”

In his second year of business, Chalfin branched out further by adding wine- and coffee-themed prints, inspired once again by the requests of his friends. So far, the new category has held its own beside quotes from films like Airplane, while also giving him room to combine his design work with more of his passions. 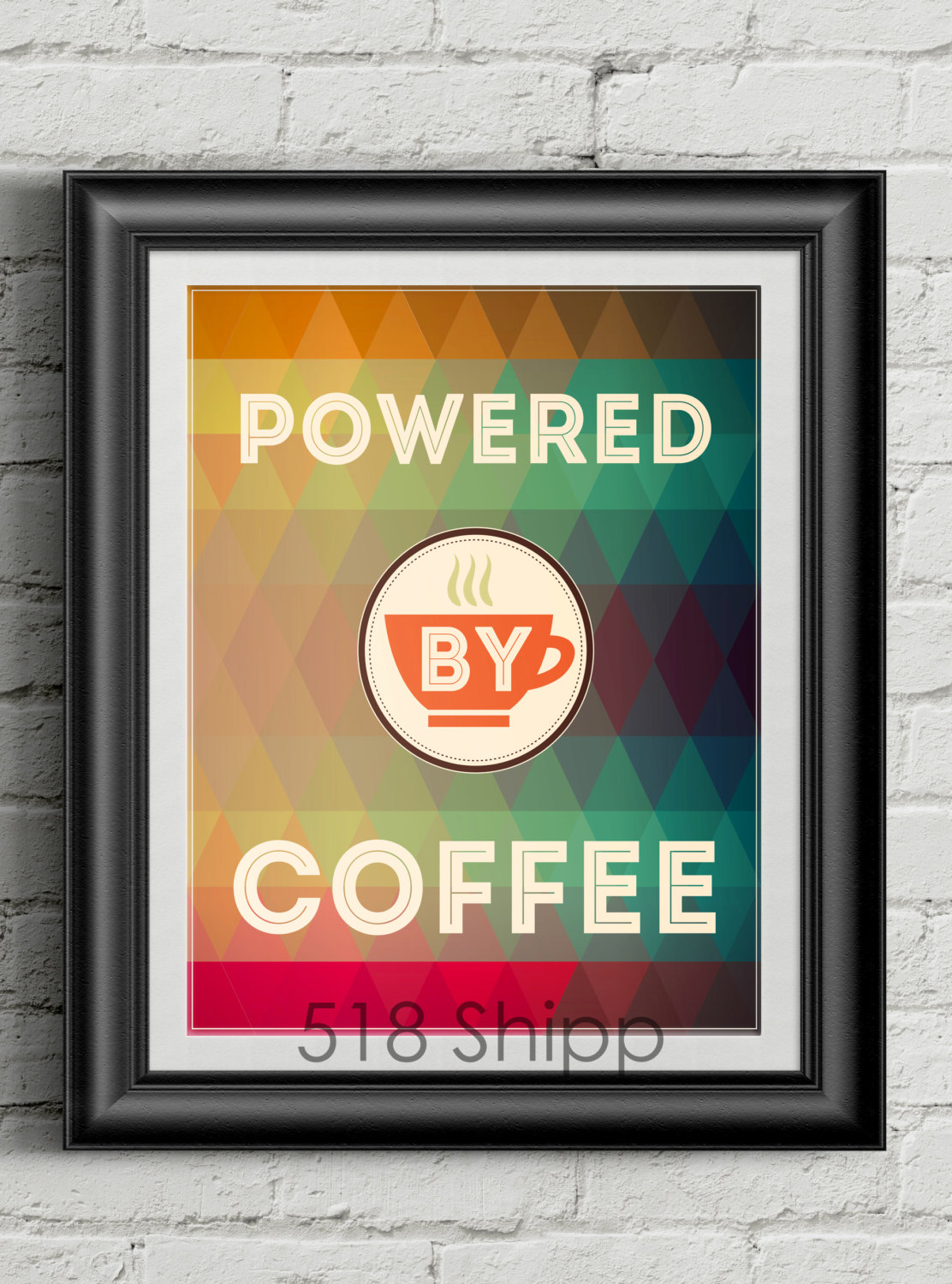 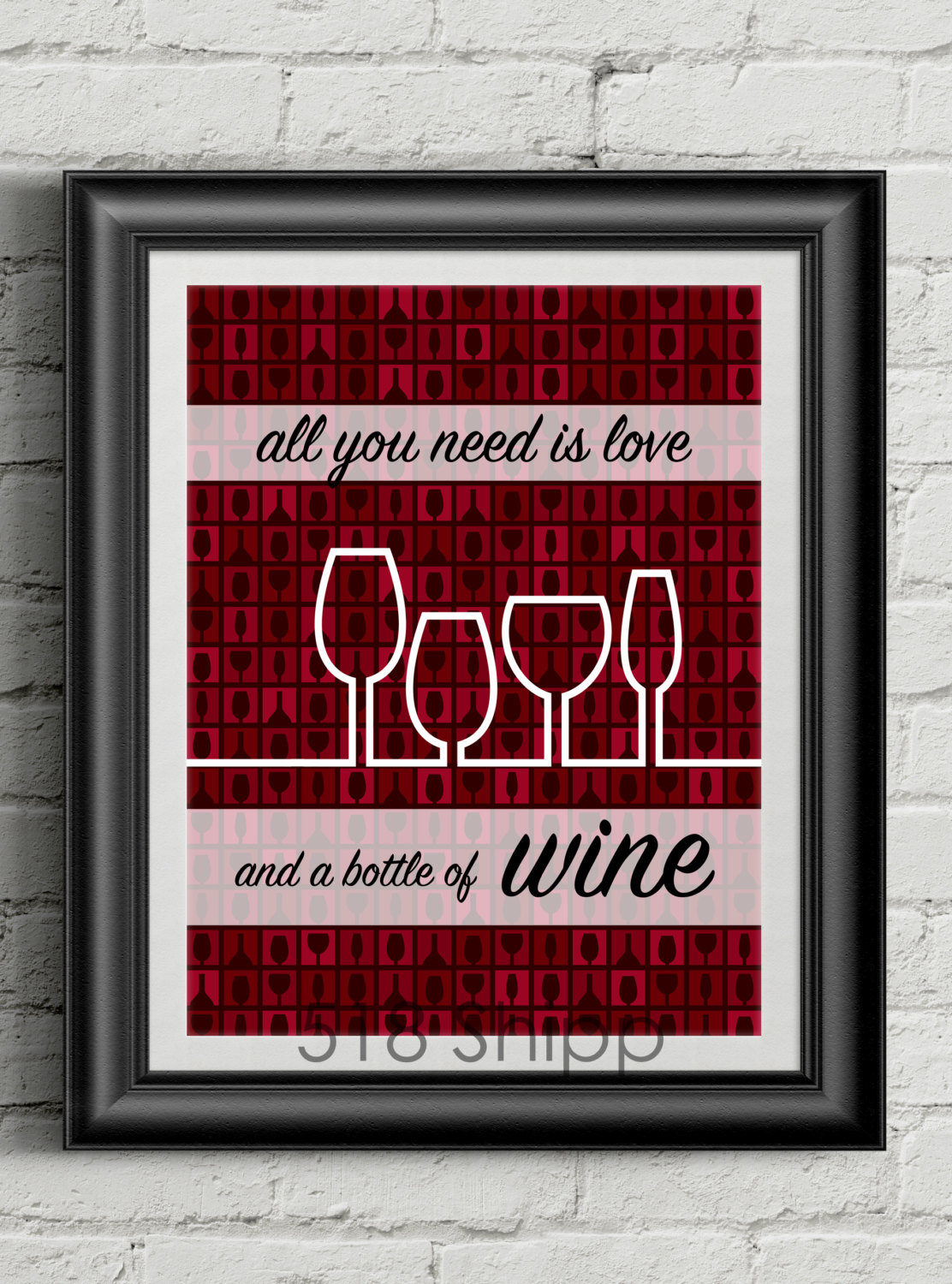 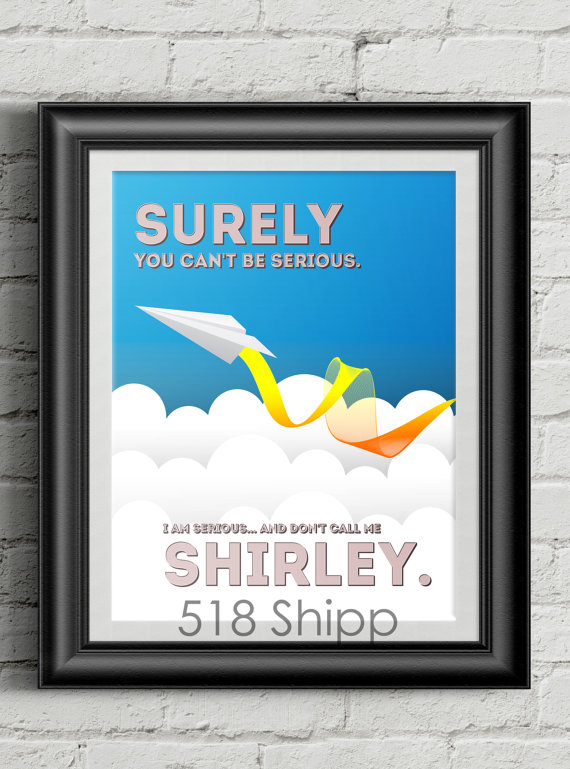 Finding quotes and royalty-free graphics were the easy parts, says Chalfin, who admits to a lot of trial and error in building the customer base (and proper logistics) for his Etsy shop. Among his list of challenges were deciding which sizes to offer, which carrier to use for shipping, and which materials best met Etsy’s high benchmark for handmade quality:

“I wanted to make sure my customers received the quality they were paying for. If I were to receive a print from Etsy, a site known for its hands-on touch, and turn it over to see a Snapfish logo, I would be disappointed. Instead, what customers will receive is a print made with materials I decided on after a lot of testing, along with my company name and copyright on the back.”

His design process has also become more streamlined over the years. “I always start with a quote or concept,” he says, “then think about what graphic would work best for it.”

This often means being conceptual by sidestepping the meaning of a quote rather than addressing it too literally. For example, his Home Alone and The Mighty Ducks prints don’t include artwork of actual girlfriends or hockey, but dogs and rubber ducks. It’s enough to make a connection, he says, without being too see-say.

Once Chalfin has downloaded the right images, he’ll download the vector files, select only the layers he plans on using, and move them onto an appropriately sized canvas:

“Often, I take very small parts from very complex prints, combining many vectors to create one graphic. And once the graphic is in place, I start looking for the background, often choosing about six or so to test. I put each background into the file as a separate layer and then turn them off one at a time until something catches my eye. If I don’t like any of them, I’ll go back and search for more until one works. Usually one will work best, and I’ll save the other backgrounds for a different print.”

Chalfin admits his process won’t work for everyone. Some designers, he says, “can picture a graphic in their head and start from scratch and know every move,” while he much prefers seeing “countless graphics at once” and using his imagination to mix and match as he browses the search results.

One way or the other, we’re glad to have played a supporting role!

Brian Chalfin is the owner and designer behind 518 Shipp. Check out more of his design work on Etsy and Facebook.