An internationally recognized photographer and visual engineer, Von Wong has made a name for himself shooting his subjects in unconventional and extreme environments. This shoot was no different—Von Wong photographed model and champion free-diver, Amber Bourke, with her feet tied to a shark-populated coral reef in the waters of Fiji. 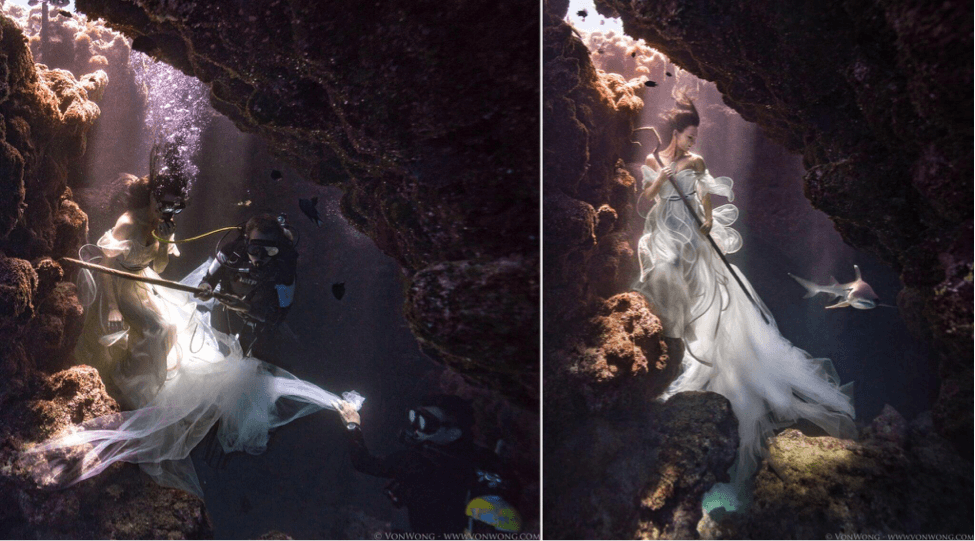 With his team of divers and photography crew, Von Wong shot his ‘Shark Shepherd’ series over the course of three days, sometimes waiting hours at a time for sharks to swim into frame for these perfectly composed shots. 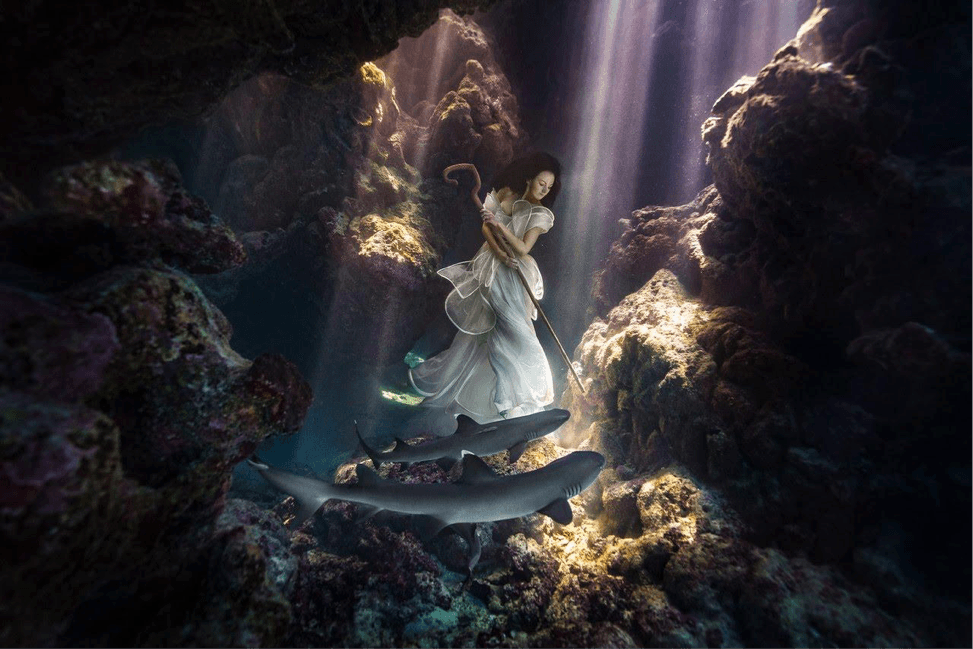 Von Wong created the series to promote awareness for shark preservation and has included his photos as part of a Change.org petition to create international shark sanctuaries and ban shark slaughter for trade.