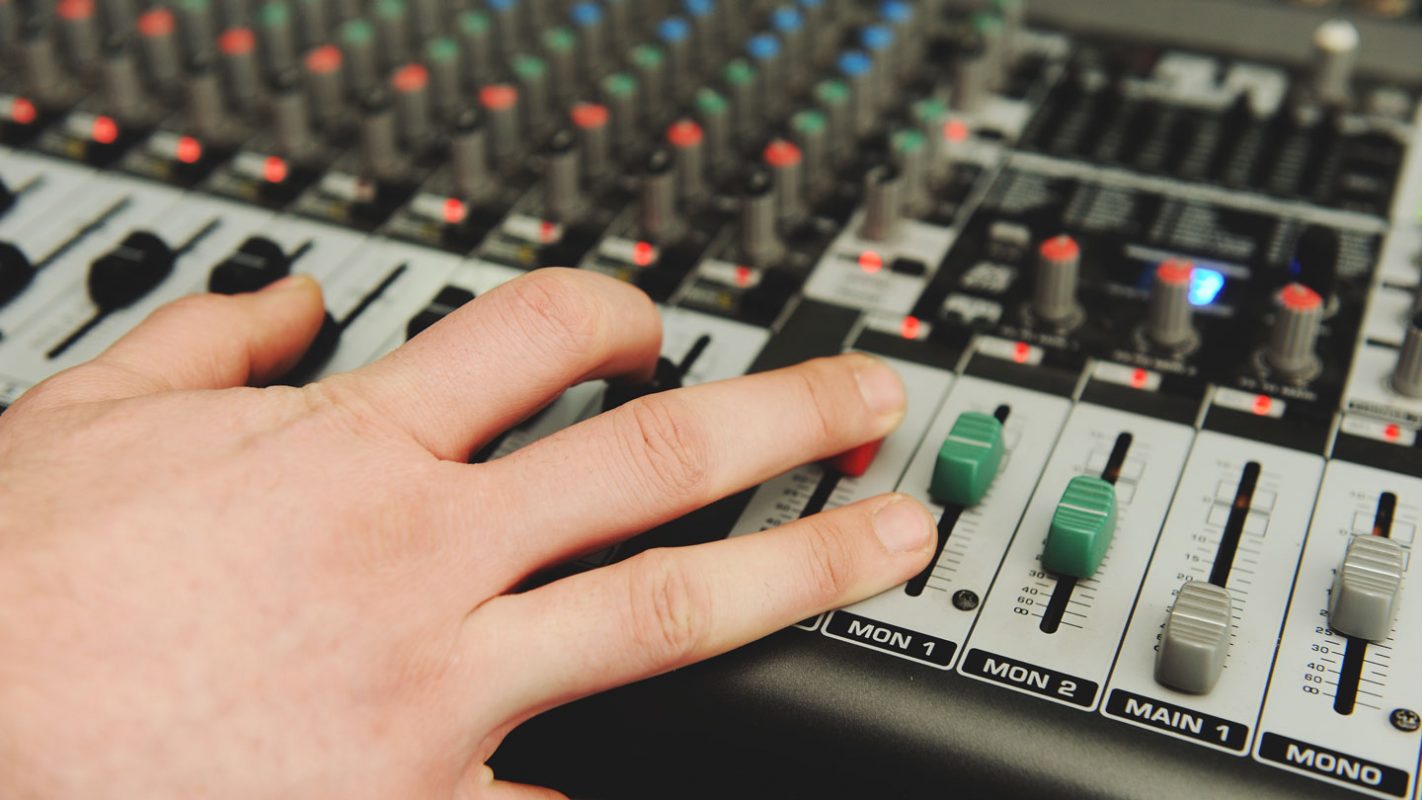 Where Stock Audio Comes From: The Musicians Behind the Downloads

With the debut of Storyblocks Audio, it’s never been easier—or more affordable—to find and download royalty-free music online; yet despite millions of stock audio, video, and graphic downloads across Storyblocks Audio and its sister sites, the unfortunate nature of royalty-free media means producers rarely get credit for the content they provide . . .

In response, we thought we’d help remedy this lack of credit by profiling some of our biggest contributors of stock audio, starting with the talented Jason Donnelly.

From eBay to Despicable Me: Finding Homes for Royalty-Free Audio

Presently a freelance audio producer, Jason Donnelly has contributed more than 1,000 royalty-free songs and many thousands of royalty-free loops to the Storyblocks Audio library, making him perhaps our most prolific contributor to date. Meanwhile, the fact that his tracks have made their way into film franchises like Despicable Me and video game franchises like Saints Row also makes him among the most successful.

His path toward this success, however, was far from straightforward. Donnelly actually started out as a sound editor, not a producer, for what is now Sony Creative Software in the 1990s; when the tech market crashed in 2000 and the company downsized and restructured, however, his role changed from salaried editor to freelance producer—a shift that inspired his idea to start freelancing, and producing, on a much larger scale.

Donnelly initially turned to eBay to begin generating sales and mailing lists—and by 2006 had built enough of a following and a library to launch his own website. Then, in 2014, he began contributing en masse to Storyblocks Audio.

Thanks to nearly fifteen years of prolific content, Donnelly’s work seems to have appeared almost everywhere—from indie YouTube advertisements and video game tutorials to high-dollar productions (such as the aforementioned Despicable Me and Saints Row franchises) and television networks such as NBC, MTV, VH1, PBS Kids, E!, and The Travel Channel.

Such is the benefit, he says, of royalty-free audio—the versatility to appeal to amateur basement producers; professional broadcast producers; and professional musicians, DJs, and remixers alike.

A large number of those churning out content using Donnelly’s clips are contacts he’s made over the years through freelancing or by word of mouth; of course, with thousands of his audio loops available for download in the Storyblocks Audio library—in genres as diverse as jazz, hip hop, dance, Latin, cinematic, electronic, rock, and instrumental—he’s well aware that a majority of those using his work worldwide will unfortunately remain strangers.

Editing Equipment: What to Buy on a Budget

When it comes to the equipment he uses in creating these tracks, Donnelly says, he’s definitely a “hardware guy” and uses nothing but the best gear.

“I’m heavily into hardware synthesizers like Moog, Nord, and Virus,” he explains. “I also have acoustic guitars, electric bass guitars, percussion, and drums. My main digital audio workstation is Cubase, but I have others like Protools and Studio One just in case a session calls for them.”

Editing Donnelly’s work from the consumer end, however, calls for a very different (and far more affordable) setup:

“I would recommend Acoustica Mixcraft for Windows users and Apple GarageBand for Mac. They are really powerful software packages for those on a budget. Great for the average consumer! For video on Windows, I would recommend Sony Vegas. It’s very easy to use and quite powerful.”

Listen to a small sample of Donnelly’s contributions here—and find the rest available to download royalty-free in the Storyblocks Audio library.

Jason Donnelly contributes original music compositions and looped tracks to Storyblocks Audio; connect with him on LinkedIn and Twitter.

Matt Siegel writes about audio, technology, and innovation for Storyblocks Audio; connect with him on LinkedIn and Twitter.